A new hacker team labelled Thrip by cyber security company Symantec has successfully infiltrated satellite, defense, and telecom companies using a “living off the land” attack.  A living off the land attack uses common computer utilities that attackers use to conduct “undetectable” activities on the network. Because the attacker is using common utilities, companies may […]

D-Link routers under attack by Internet of Things botnet

A recently discovered vulnerability created a way for hackers to add malicious code to a popular model of router manufactured by D-Link.  The malware that hackers are using is adding internet connected devices to a botnet with the intent to mine cryptocurrency and orchestrate denial of service attacks. The botnet in question is known as […] 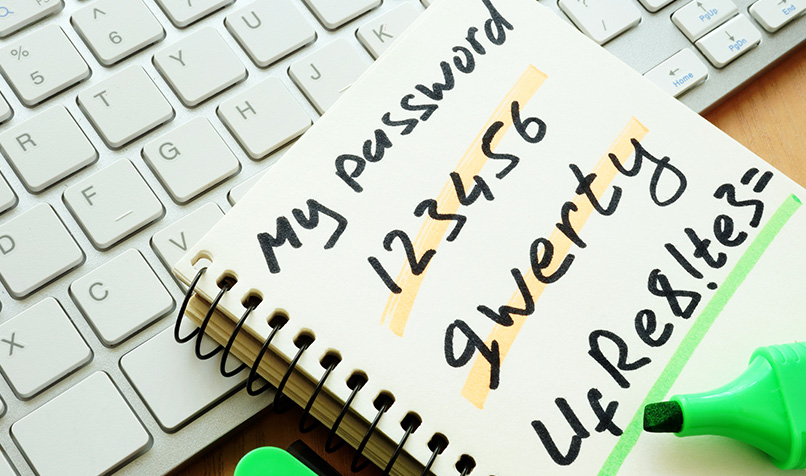 Passwords are quickly becoming a cornerstone to modern living.  From computers and mobile devices to webpage logins, your passwords are one of the most important pieces of data you have, surpassed only by social security and bank routing numbers.  The problem is that people don’t treat them that way.  Users choose weak and overused passwords […]

5 ways to secure your home’s Wi-Fi

The security company Altr is looking to improve the world of corporate data security using blockchain technology. Altr has been in business since 2014 and has recently received funding of $15 million from private investors, large financial institutions, and IT firms around the United States.  The company can now begin working on their new technology […]

An RSA key developed by Infineon and used by governments, corporations, and TPM modules has recently been found to be broken. The weakness, which only affects keys that were generated using smartcards and other embedded devices using the Infineon Library, uses the public portion of the key to calculate private portion in relatively short order; […]

Saturday, September 9, Cinteot had our annual company picnic; the seafood picnic was a success.  Thanks to all that were able to attend! The picnic took place at the Hagerstown, Md City Park. A great atmosphere for a great group of coworkers, friends and family. With food galore, including lobster, shrimp, steak and plenty of […]

Credit reporting agencies hold valuable information on customer’s so they can provide them with a credit score; in the wrong hands, this very same data can adversely affect its rightful owner. Due to a failure to keep their systems fully patched, the Equifax data breach left millions of identities vulnerable to the modern world. This article […]

CCleaner, a popular antivirus tool, was compromised when a malicious hack (injection) was written to override the antivirus software.   CCleaner, a popular tool dubbed by its creator as: “the number-one tool for cleaning your PC,” was recently discovered to contain­ a command & control module that enabled a malicious actor to collect an infected […]

Four years ago, the Target Corporation found itself in the crosshairs of dedicated hackers that resulted in one of the largest attacks on a retail chain in recent years. As a result, 40 million Target customers’ records were stolen, and upwards of 70 million further records were compromised. The fallout of this incident was a […]

Introduction to Compliance According To The SP800-53r4

Being compliant means following the intent of the law as spelled out in your industry regulations. These regulations are designed to protect privacy rights, protect transactional information, and prevent fraud. Becoming compliant doesn’t need to be an excessively challenging task. Like most things in life and in business, compliancy can be addressed in a structured […]

Increasingly, there have been news headlines about companies losing information to hackers, or hackers taking information and holding it for ransom. The television provider HBO was recently hacked with close to 1.5 terabytes of information stolen. This data included scripts, emails, and unaired episodes of their most popular shows such as Game of Thrones, […]

Bootstrap 4: What you need to know

Starting mid-August in 2011 for Twitter, Bootstrap has been a powerhouse of front-end frameworks and is arguably the most widely used framework to date. In its version 2 (v2) update Bootstrap added “responsive functionality to the entire framework” and in the v3 update it was focused on mobile usability. More recently version 4 has come […]

Many times, information system vulnerabilities are discovered several months (or years) after the initial exploit. Consider the malicious actor who only wants to “borrow” your computing power for, say, bitcoin mining. Although this example doesn’t compare to the potential monetary loss of financial fraud or other disruptions, organizations all face a similar threat landscape. A […]

Cinteot is a HUBzone corporation. From the HUBZone program Mission statement, “The HUBZone Program’s mission is to promote job growth, capital investment, and economic development to historically underutilized business zones”. Cinteot actively promotes these 3 goals, and has added a fourth, human capital development. We have dedicated 75% of our Headquarters office space to an Informational Technology Learning […]